What are some best practices for 5-star surveys?

5-star surveys are one of the most conventional and widely used methods for collecting customer feedback. However, there are some key considerations that are unique to the 5-star scale that you’ll want to keep in mind when customizing and deploying your surveys.

1 star for negative, 5 stars for positive

Always customize your survey in a way where 5 stars represents the positive upper limit, and 1 star represents the negative lower limit. The 1 (Negative) to 5 (Positive) scale is the most widely accepted and intuitive rating structure for the 5-star system.

Using an Intro Message and/or survey question with an alternative structure (ex. where 5 stars is considered negative) can confuse those receiving the survey, result in incorrect responses, and artificially inflate certain scores.

Here’s an example of an Intro Message you’d want to avoid: 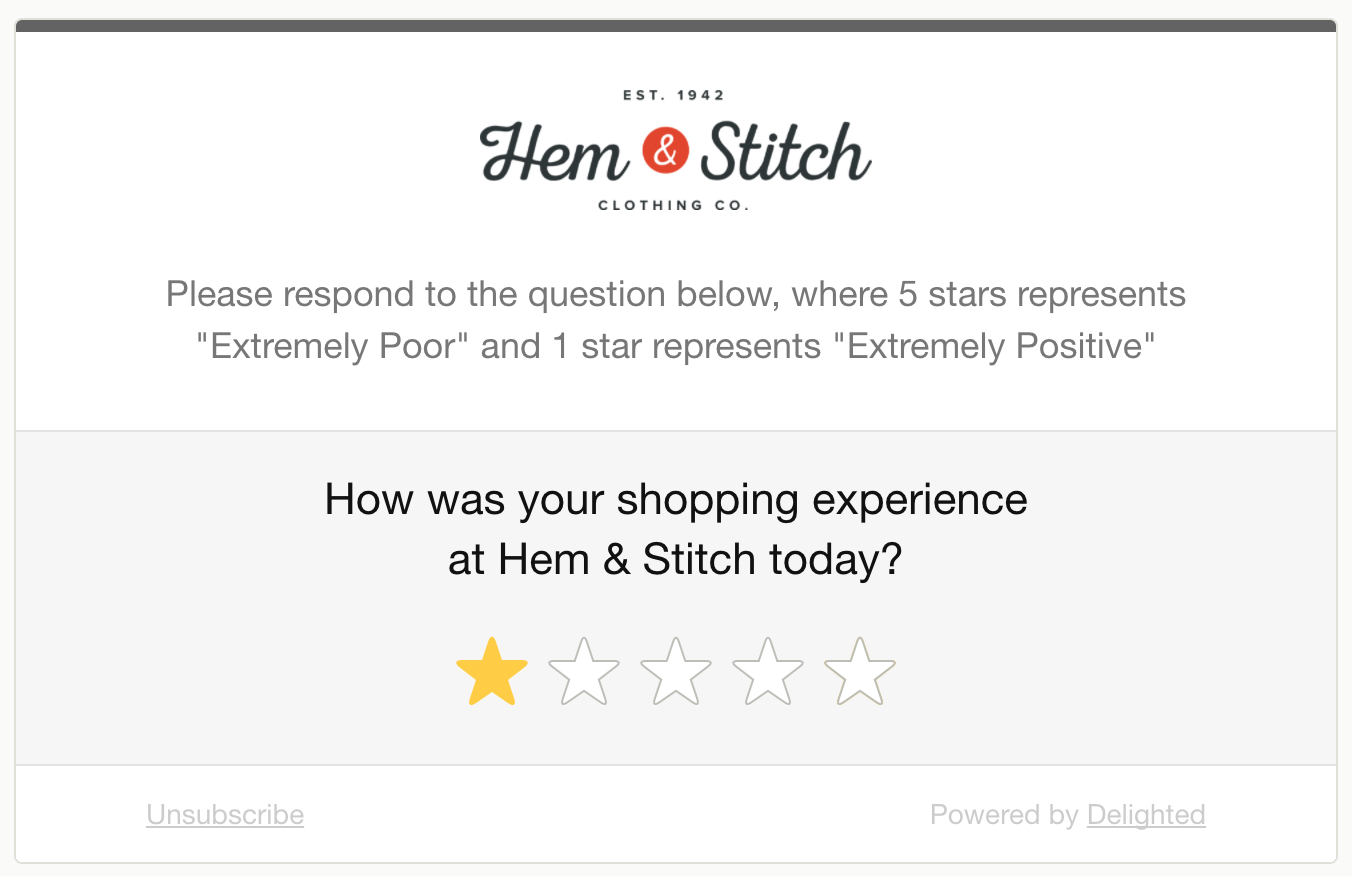