What are some best practices for Smileys surveys?

Smileys surveys are most often leveraged to get a clear sense of customer satisfaction, gauge enjoyment of a particular product/service, as well as answer other key questions that can be easily rated within the range of happy to sad.

However, as opposed to more versatile survey methods, like 5-star surveys, Smileys have a rather specific application and deviation from that standard might confuse your customers, yield unhelpful data, and muddy decision-making processes around customer feedback. In this section, we'll cover some best practices to keep in mind when rolling out Smileys surveys.

All the core benefits of using a Smileys survey - ranging from higher engagement to more intuitive scales to enable quick feedback - can be significantly hampered if the question includes, or is preceded by, a definition of the scale.

Here's an example of a survey that includes an Intro Message that defines the scale: 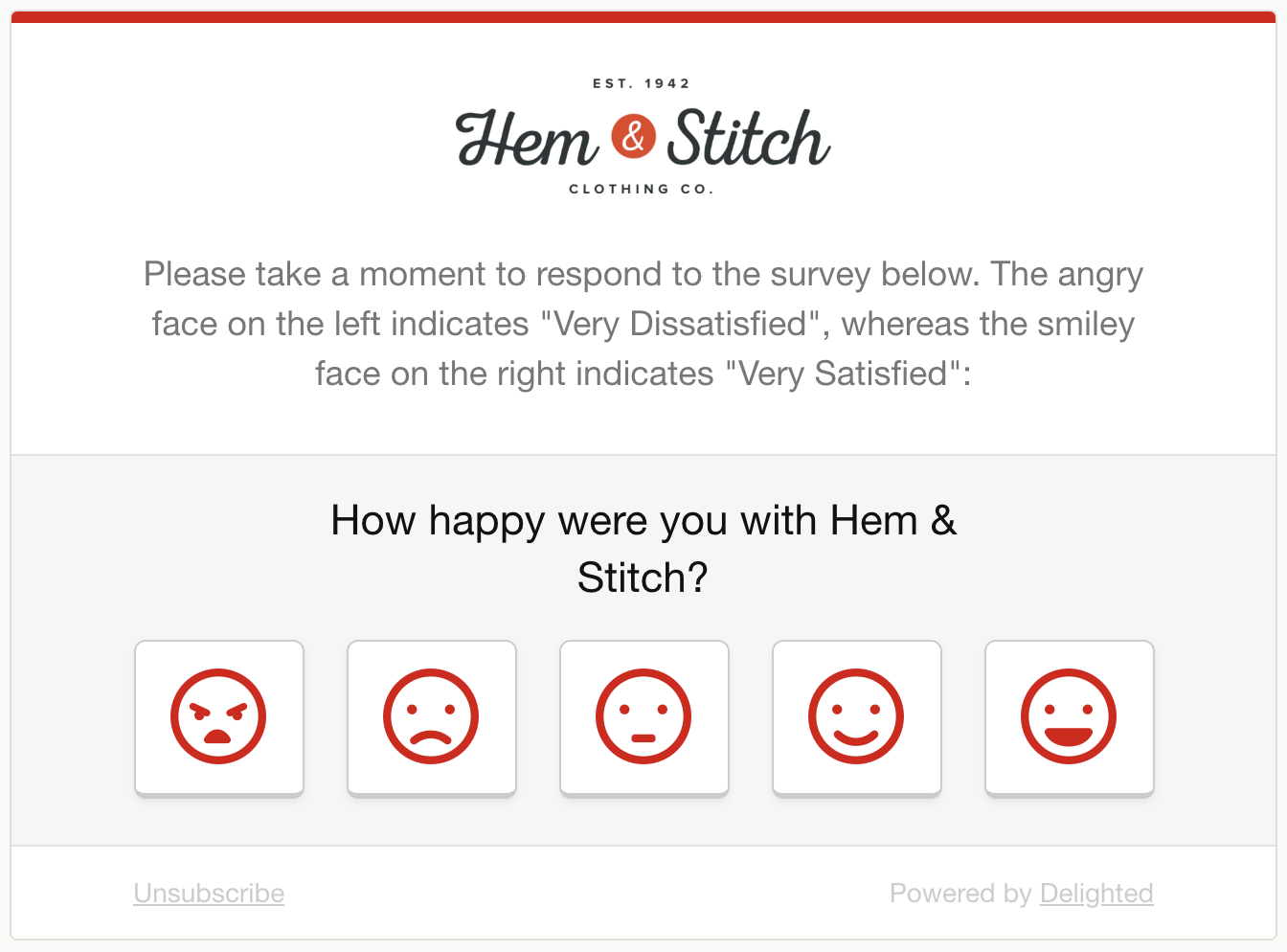 With the Intro Message focused on defining the scale, the survey immediately loses its power in enabling quick feedback, as customers now have to skim through the content first. Now there's a chain reaction: 1) More time to take the survey; 2) Less engagement due to the time investment; 3) Less feedback reaching your dashboard; 4) Less insight to help power your CX program.

Sidestep the above issues completely by focusing on the straightforward, out-of-the-box scale with no associated definitions: 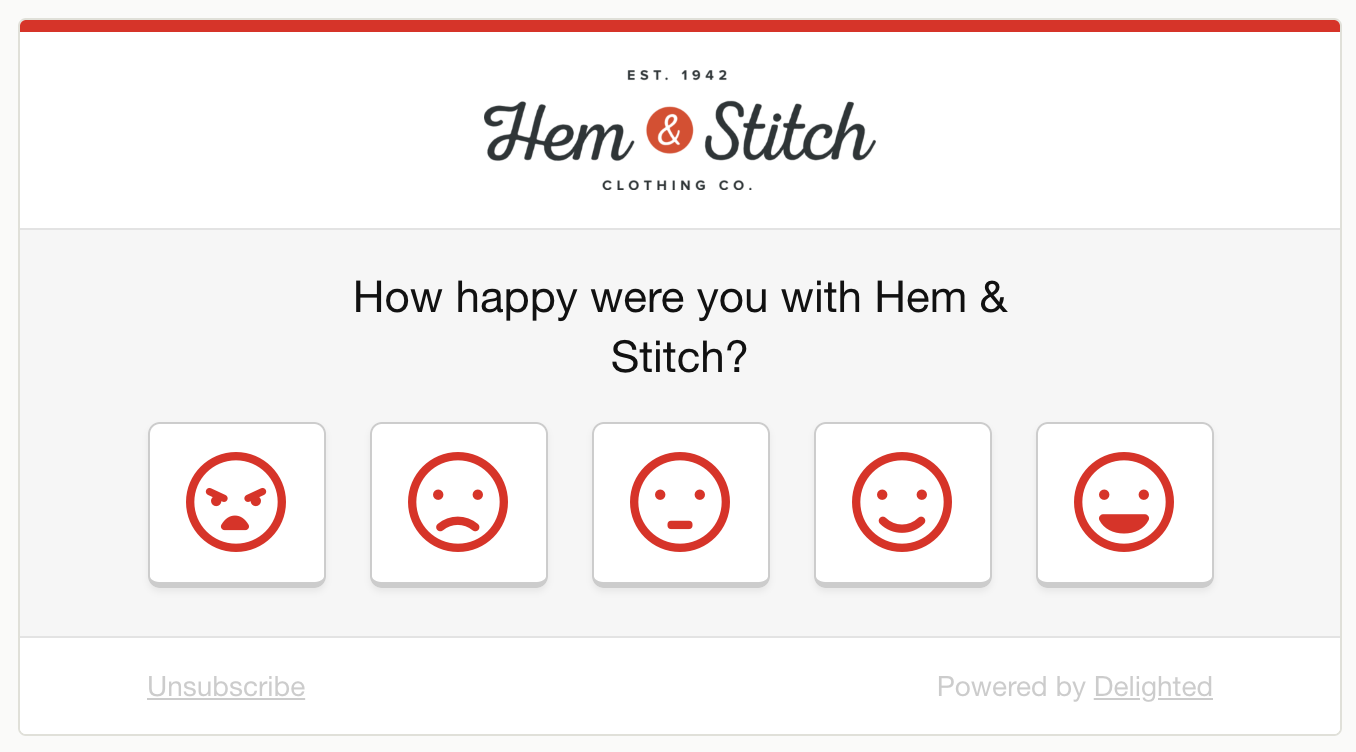 Regardless of language spoken, familiarity with customer satisfaction surveys, or any prior experience with a smiley-specific scale, customers will be instantly familiar with the faces as they map to internal emotions and feelings. Let the faces speak for themselves and harness the countless benefits of using a Smileys survey!

While Smileys surveys can be used in a plethora of scenarios, they're best paired with a satisfaction-focused question. There are obvious use cases that just wouldn't fit with Smileys surveys, such as an NPS-type question: 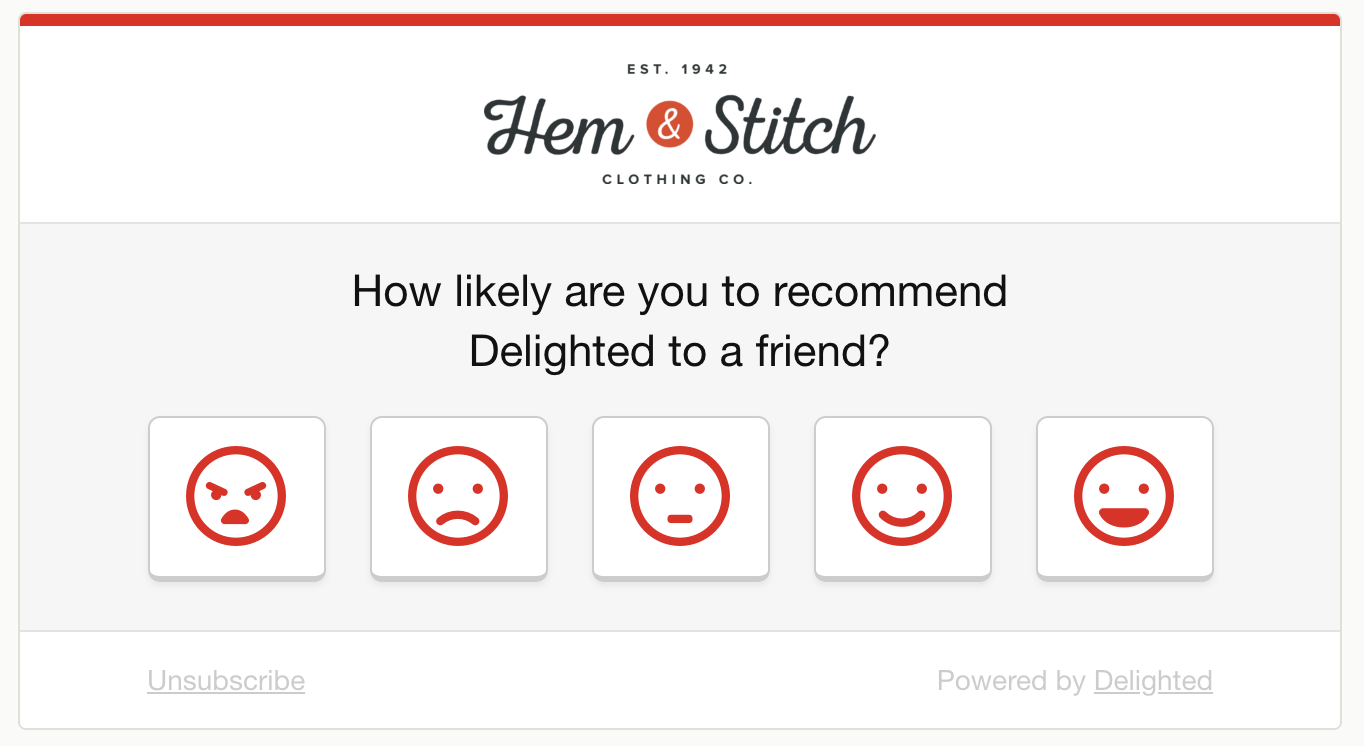 While the customer might understand that the face on the right is the most happy, which then might correlate with a "Highly Likely" response on the NPS scale, that connection is not clear and, given the heightened chance for user error, raises the potential of collecting unreliable data.

A good rule of thumb is to make sure any question you ask could be effectively answered with either a "Satisfied" or "Dissatisfied" response. Consider the question below: 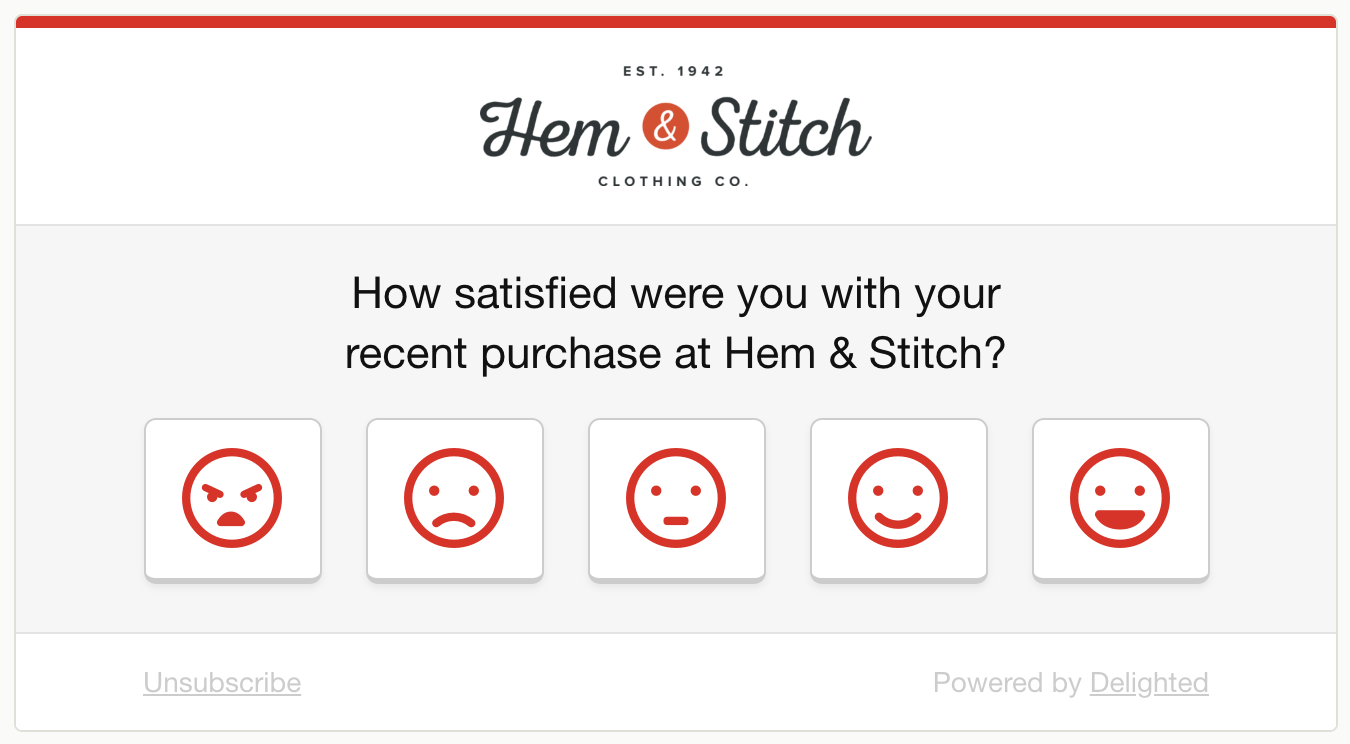 When customers skim the question, and then review the landscape of potential responses, they can rapidly correlate a higher degree of satisfaction with a smiling face, as well as a lesser degree of satisfaction with a frowning or angry face. With such clear, visual depictions of each score, your team can better trust the data they're receiving as accurate and also be confident in the ease-of-use from a customer's standpoint.