What are Smileys surveys?

Smileys surveys stand apart from other feedback methodologies in one key way - they convey emotion. When we view a face on this scale, whether smiling or frowning, we inherently connect that response with an actual emotion. A smiling face might relay feelings of happiness and positivity, whereas a frowning face channels emotions of discontent and dissatisfaction. Simple and instantly recognizable, smiley face surveys deliver an intuitive method for collecting feedback as related to customer satisfaction

One of the most classic applications of the smiley scale can be seen in a doctor's office. When looking around, you'll often find a colorful short scale, pinned up to the wall, with a scale that ranges from a jubilant smiling face to a profoundly sad, crying face. This is the pain scale, which is used to help medical professionals assess levels of pain severity, ranging from pain free all the way to the worst possible pain. The reason this scale is so effective is that patients can easily map their emotions and feelings to the sentiment depicted by the faces on the chart - even if they can't quite vocalize how they're feeling.

This is why smiley face scales are so effective. Customers reflect on the question being posed in the survey, contemplate their response, and then quickly scan and select a smiley that reflects their feelings. No need to try and find the scale labels, or review a prompt on how to navigate a longer 10-point scale. Simply look at the scale, find a smiley that reflects your thoughts on the prompted question, and there's your answer!

For Smileys surveys, customers are presented with a 5-point scale - ranging from an angry face to a beaming happy face:

After providing a score, customers go on to provide an open-ended response, and then land on a Thank You page that is fully customizable.

The Power of Smileys

Customers are busy. Intuitive and short surveys not only show respect for your customers' time, but also increase the likelihood of collecting a higher volume of responses. The easier and more understandable the survey, the more likely that the survey will catalyze engagement and response rates that would be otherwise unheard of with traditional surveys.

Smileys surveys ditch the complex scales and countless questions, opting for a customer-friendly scale that is instantly understandable and easy to engage.

Here's an experiment. Look at the two surveys below - reading the question and then peeking at the scale for just one second: 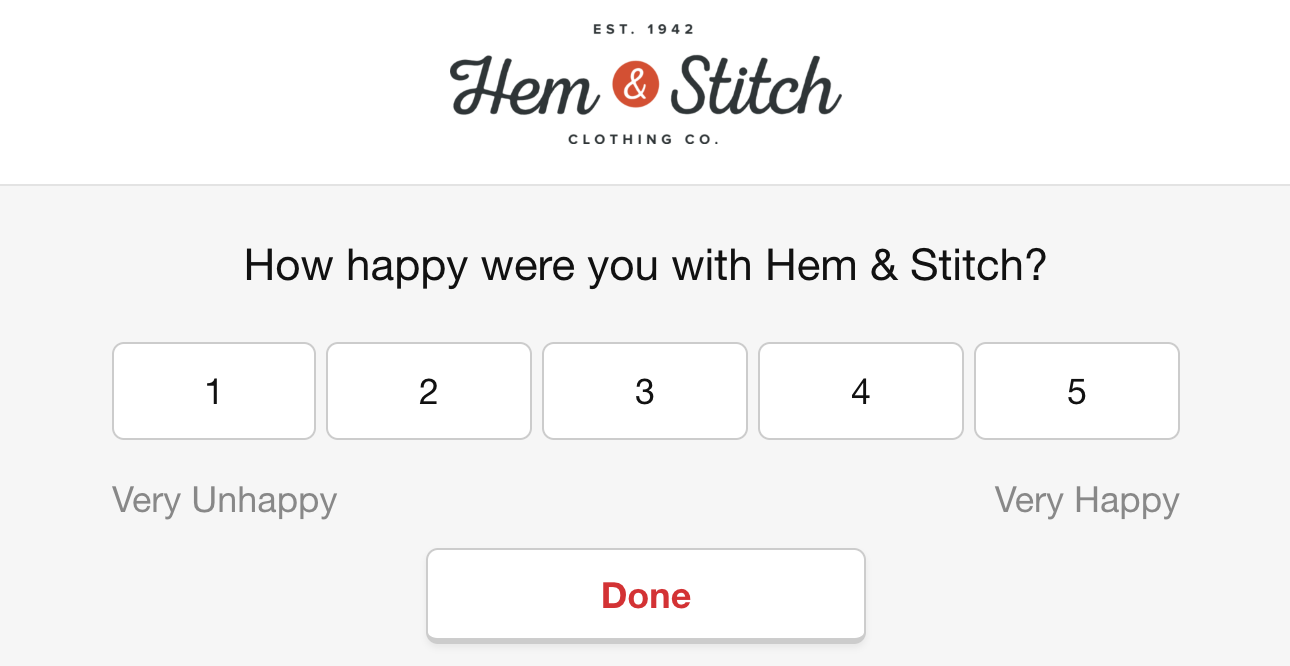 During that one-second glance, which survey was easier to respond to? More often than not, the answer would be the one with the smiley face scale. No need to read the survey labels or try to understand what a "2" means in terms of happiness and emotion. Customers simply find a smiley face that matches their emotional response, click the smiley face, and that's it - feedback is captured. 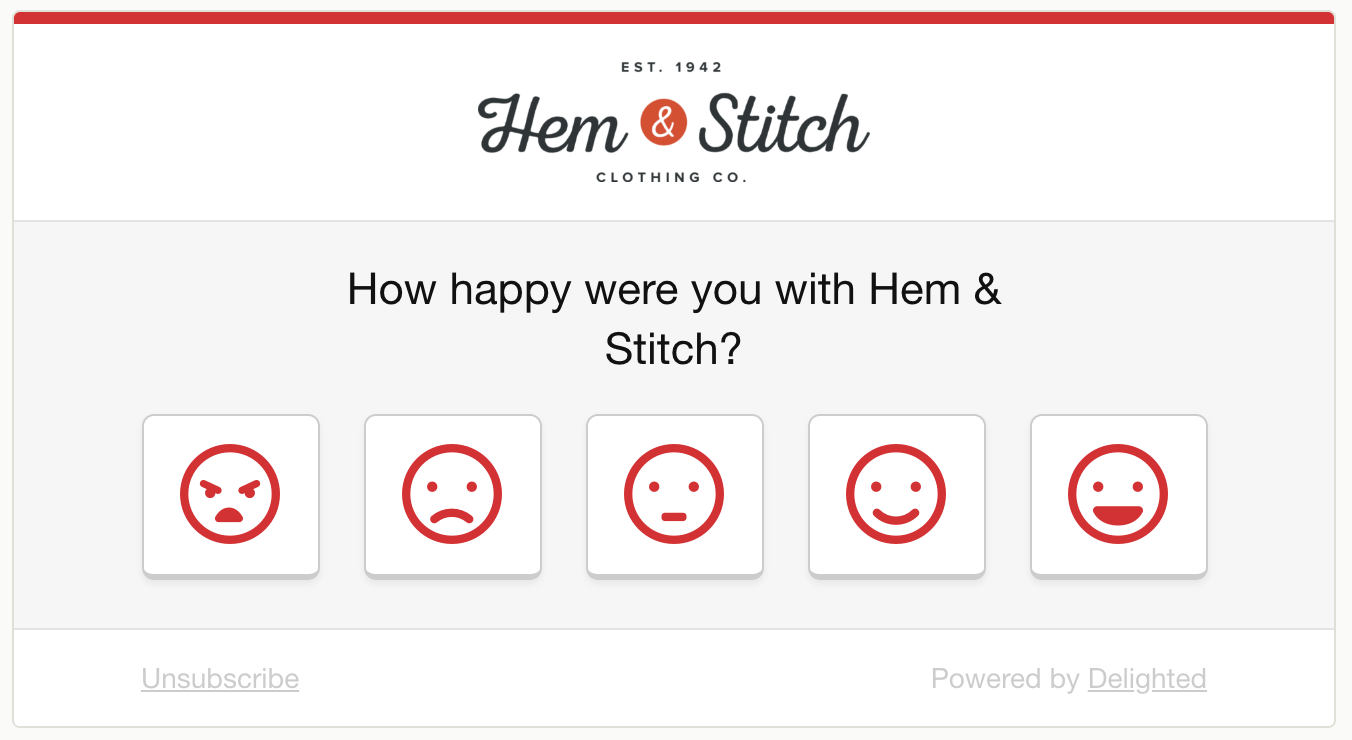 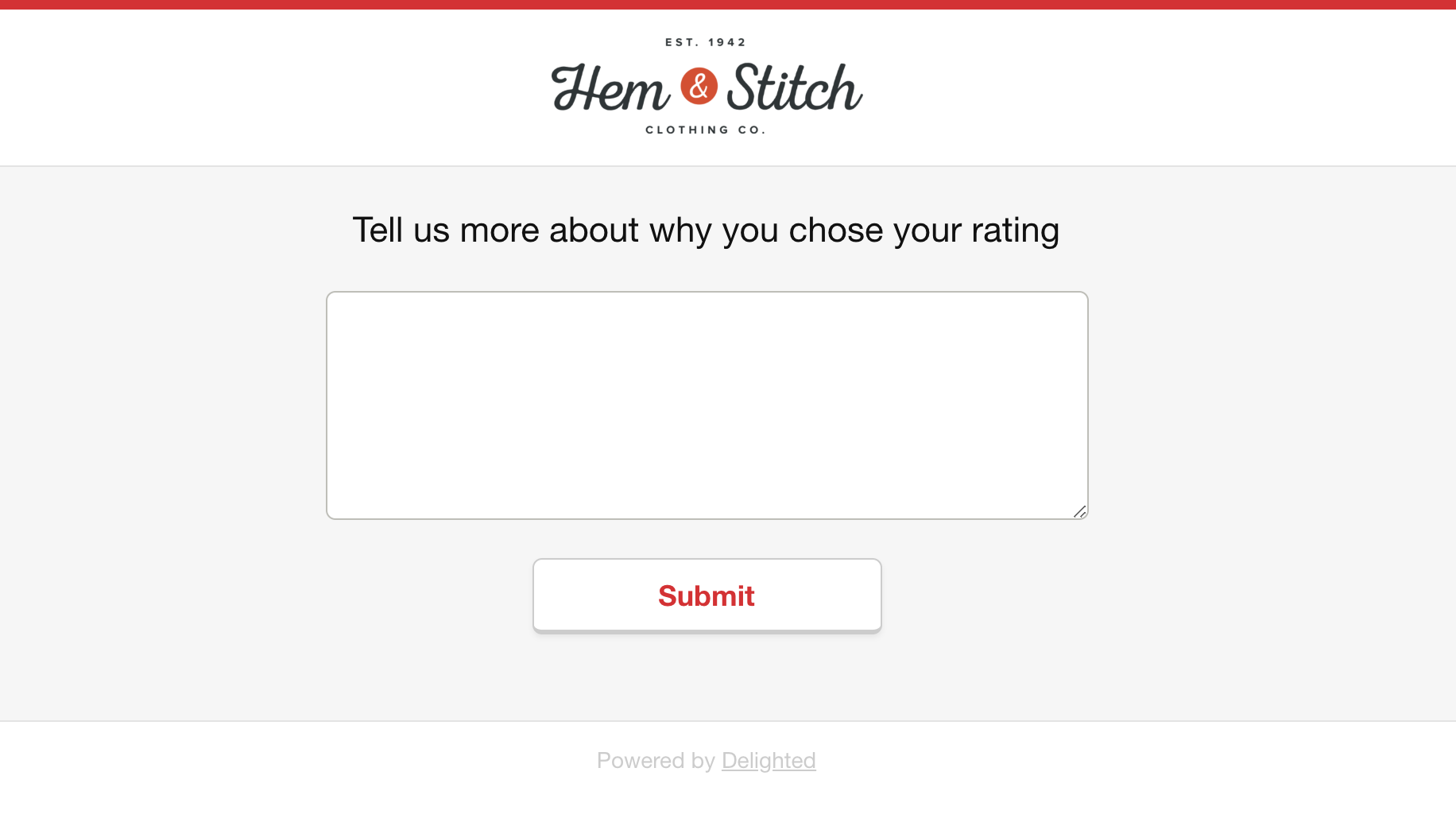