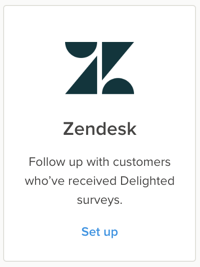 Setting up the Delighted integration

1
Head to the Integrations tab and choose Zendesk.
2
Type in your Zendesk domain name.
3
Click “Connect to Zendesk.”

Synced tickets will have the subject line “A survey you took for [project name],” with the ticket requester being the survey respondent.

Once opened, the full ticket will show the synced feedback, including the score, comment, and any properties passed over, as a private note on the ticket. This note will not be visible to the customer when responding. 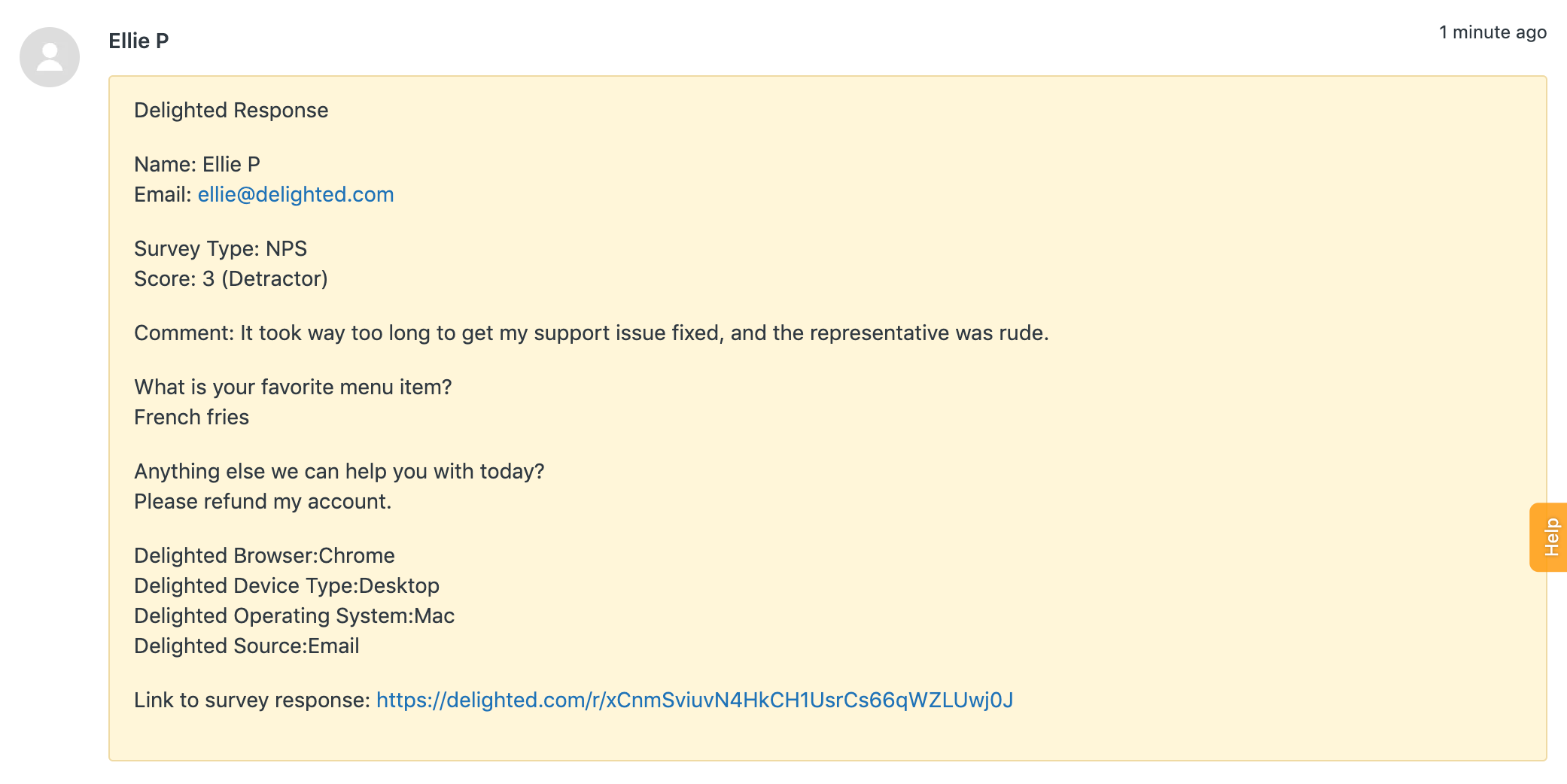 We also attach a few tags to each ticket: one called “Delighted,” and one for the score group (like “Promoter”). You can use these tags to set up workflows in Zendesk.

If you enable the option to sync responses to Zendesk, we’ll sync the response to the User record, which will show their most recent Delighted score as a tag.

What properties are passed from Zendesk when triggering surveys?

The following properties are passed to Delighted from Zendesk when surveys are triggered:

I just received a response—why am I not seeing a new ticket in Zendesk? (#faq2)

By default, we include a 10-minute delay between a response being received in Delighted and a ticket being created in Zendesk. This delay ensures that respondents have adequate time to leave comments before syncing responses over to Zendesk.

Beyond this delay, the most common reason a message might not be sent is tied to the conditions for ticket creation. For example, if your Zendesk integration uses the rule, “Only promoters who comment,” then no tickets will be created unless the Delighted response meets that exact specification.

Can I sync SMS platform responses to Zendesk?

You can sync responses to SMS surveys over to Zendesk. However, the responses must be associated with an email address for the user record to be recognized in Zendesk. For example, if you are uploading a CSV of phone numbers, you must also include a column header for the email field so the address can be identified.